Let's talk about books on shooting, specifically books that are written to give advice to shooters who want to improve their skills in USPSA and IDPA. 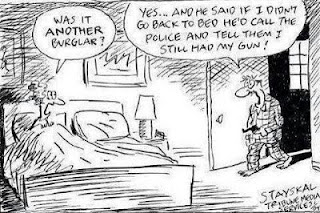 One of the challenges of learning to shoot better is finding the right guys to coach you. When you are on the range with other shooters people will step up with all kinds of advice for you: do this, don't do that, put your thumbs here, etc.  A lot of it is contradictory or simply someone telling you what they read on the internet or watched on some self-proclaimed expert's YouTube video series.   God knows, there's enough shooting nonsense on YouTube to tie you up in knots if you took it all seriously.  If you take these internet shooting experts seriously, you're an idiot.   There are, of course, some recognized names that have a few helpful instructional videos available on line or on DVD—champion shooters like Matt Burkett, Todd Jared, Rob Leatham, Mike Seeklander, and more.  These guys all have a proven track record in competitive shooting.  You're not an idiot if you consider their advice.

But what about books on shooting?  Who's published the most helpful works on competition (or "practical") shooting?   I doubt if I'm competent to judge "the best" and I've not read tons of books on this subject (because there's really not a big pile of them), but I can tell you which one's I've benefited from.

Let me start with the ones I consider the best and work my way down the list.  Here are the top six:

Let's begin with Ben Stoeger's Practical Pistol: Fundamental Technique and Competition skills (2013). I just read this in the past few days. It was published this week. Man, I wish I had this three or four years ago. Regardless, others who are just starting out in the sport have a huge advantage with the publication of this book. If you've shot a few IDPA or USPSA matches and are a little puzzled by the guys that are winning. What are they doing that I'm not doing? How can they shoot so fast and accurately? How can they shoot a stage so efficiently? What can I do to start improving my scores?  Well, let Ben help you with the fundamentals.  Because that's what this book is good for—emphasizing the most important elements of good marksmanship.  At least that's what the first half of the book is about.  The second half is advice on how to shoot USPSA targets and matches.

What every shooter needs is a common sense, tested baseline of advice from someone that knows what they are talking about. Stoeger's book is just the ticket. In fact, all three of his new books should be on every aspiring USPSA shooter's shelf.  I added USPSA shooting to my IDPA matches a couple years ago, so I haven't been shooting USPSA that long. It doesn't matter, a lot of what he says about movement, position shooting, stage plans, etc. can apply to IDPA as well.

For some time now I have appreciated Ben Stoeger's relatively humble web page on shooting.  Last summer I was squaded with Ben at the Illinois Sectional last year. It was my first USPSA match above the club level. I sucked big time. But I learned a ton just watching Ben shoot.  And he wasn't a primadonna like some top dog competitors tend to be.  He took time to give me some helpful advice.

What's great about this book is that Ben has a way of getting to the heart of the real issues.  For example, in his chapter on "Trigger Control" he isolates the marksmanship fundamentals, but refuses to argue dogmatically for one of the two or three common trigger techniques.  "The truth is that what matters is breaking the shot without disturbing the sights. All the other things that people argue about in terms of trigger technique don't really have anything to do with the actual instant that the gun is being fired" (p. 30).

If you've been shooting for a time, you should not be surprised to find your weaknesses exposed while reading this.  Yes, I tend to "pull off" my shot from a target while on my way to the next array.  No, I don't factor in the "risk" when shooting at a target partially covered by a no-shoot. Yes, I need to learn to track swingers instead of blasting away with the hope of hitting two A's.  And, my oh my, I've got to work on my accuracy.  It's not my gun; it's me.

I hate to do this but I must register my profound disappointment that Ben did not tie everything to meditation, awareness, unconscious thought, and being "in the zone." He obviously has not yet risen to the quintessential level of epistemological self-actualization.  What a pity.

Even though I've been shooting pistols for more than 30 years, I found myself rechecking my fundamentals while reading Ben's book. His emphasis on basic marksmanship, particularly the importance of accuracy, hit me between the eyes. I'm fast, but often careless with my accuracy (in other words, my fundamentals).

If you are just starting out in practical shooting sports, this is a must-have book. If you've been shooting a while but need to step up your game, pay attention to the detailed advice Ben gives.
Posted by Unknown at 4:52 PM